How SkyScanner does DevOps & the Cloud at SkyScanner - @TechUG Glasgow, Aug 2016

“Devopsification & the Cloud”, Phil from SkyScanner Who are SkyScanner? 800 staff, 10 offices, 50% staff are engineers 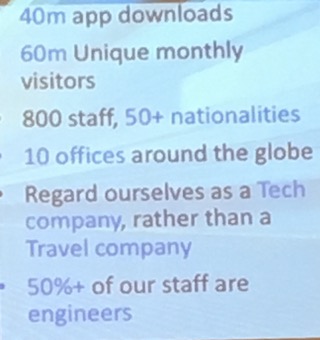 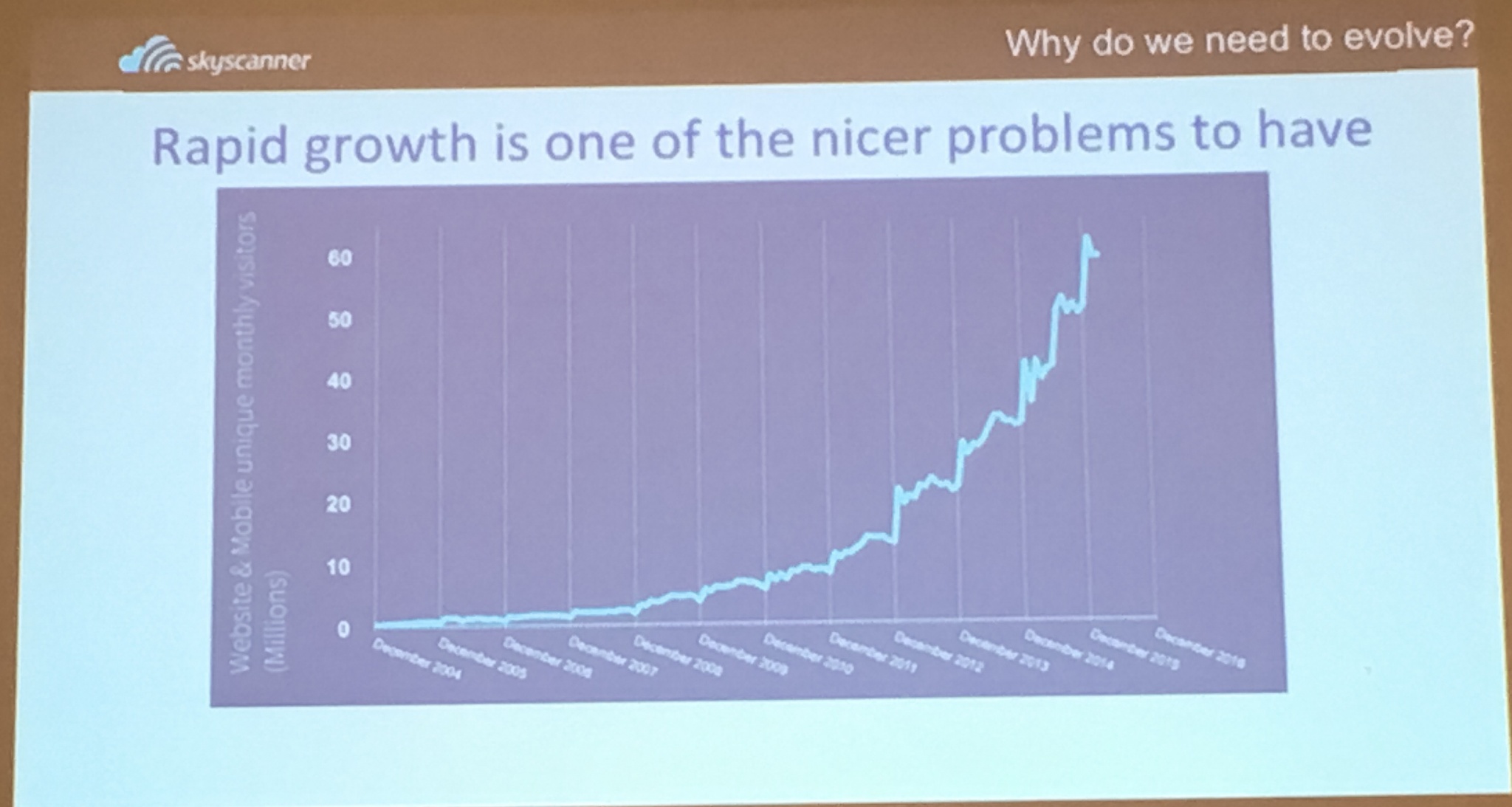 Technological & organisational change both required, tools don’t help if can’t use them effectively. 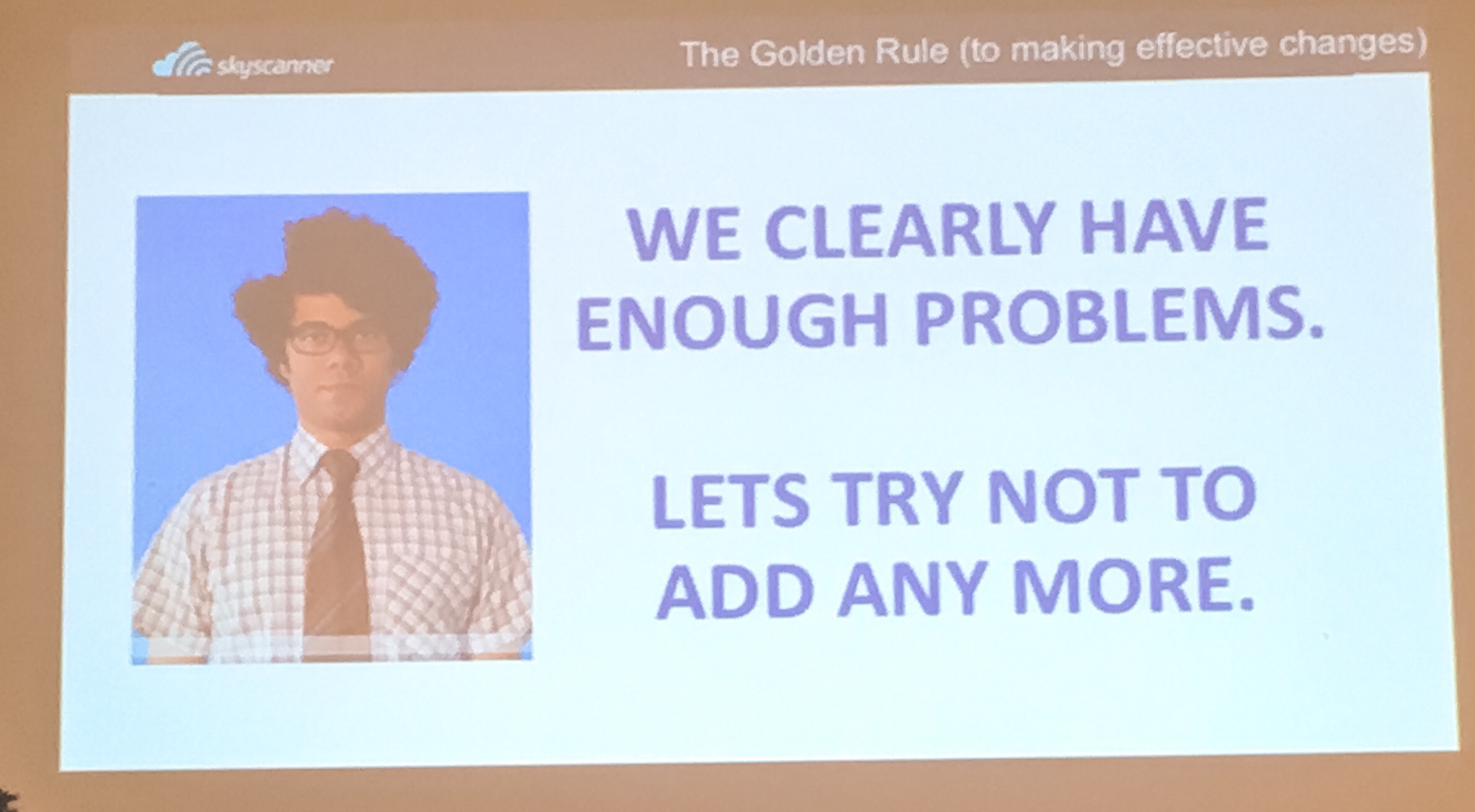 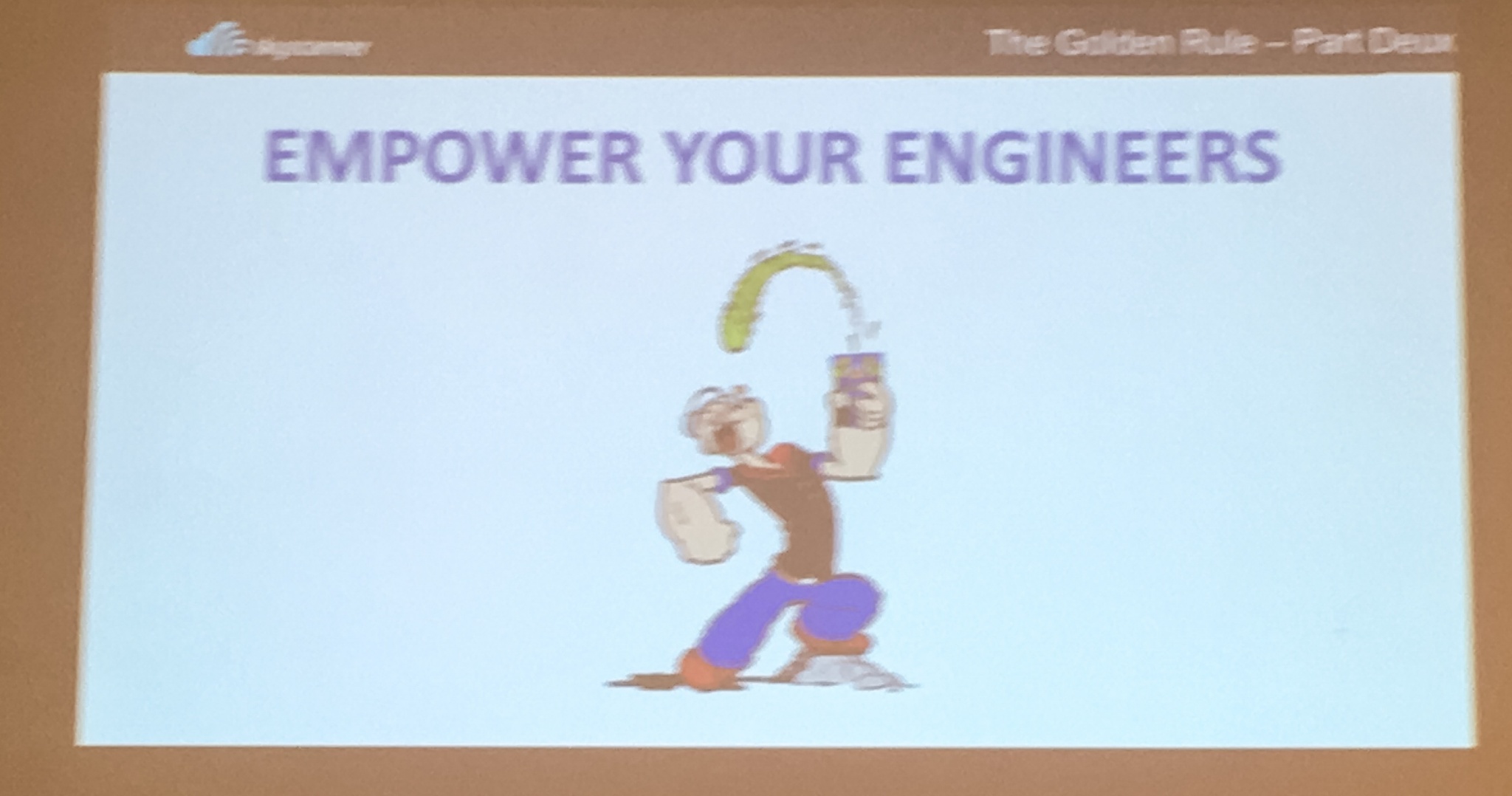 **Adopted a squads / tribes model **(ala Spotify) - teams between 1-10 people, localised ownership of sections of functionality from design through to development & running it, faster decision making - “You build it, you run it” - drives engineers to do things properly.

Give control of resources to squads “More curator, less gatekeeper”.

Our most expensive resource is engineer time, not infrastructure.

Works well with the squad model, as can’t have a squad working with a large monolith

Optimise, standardise and automate all the things 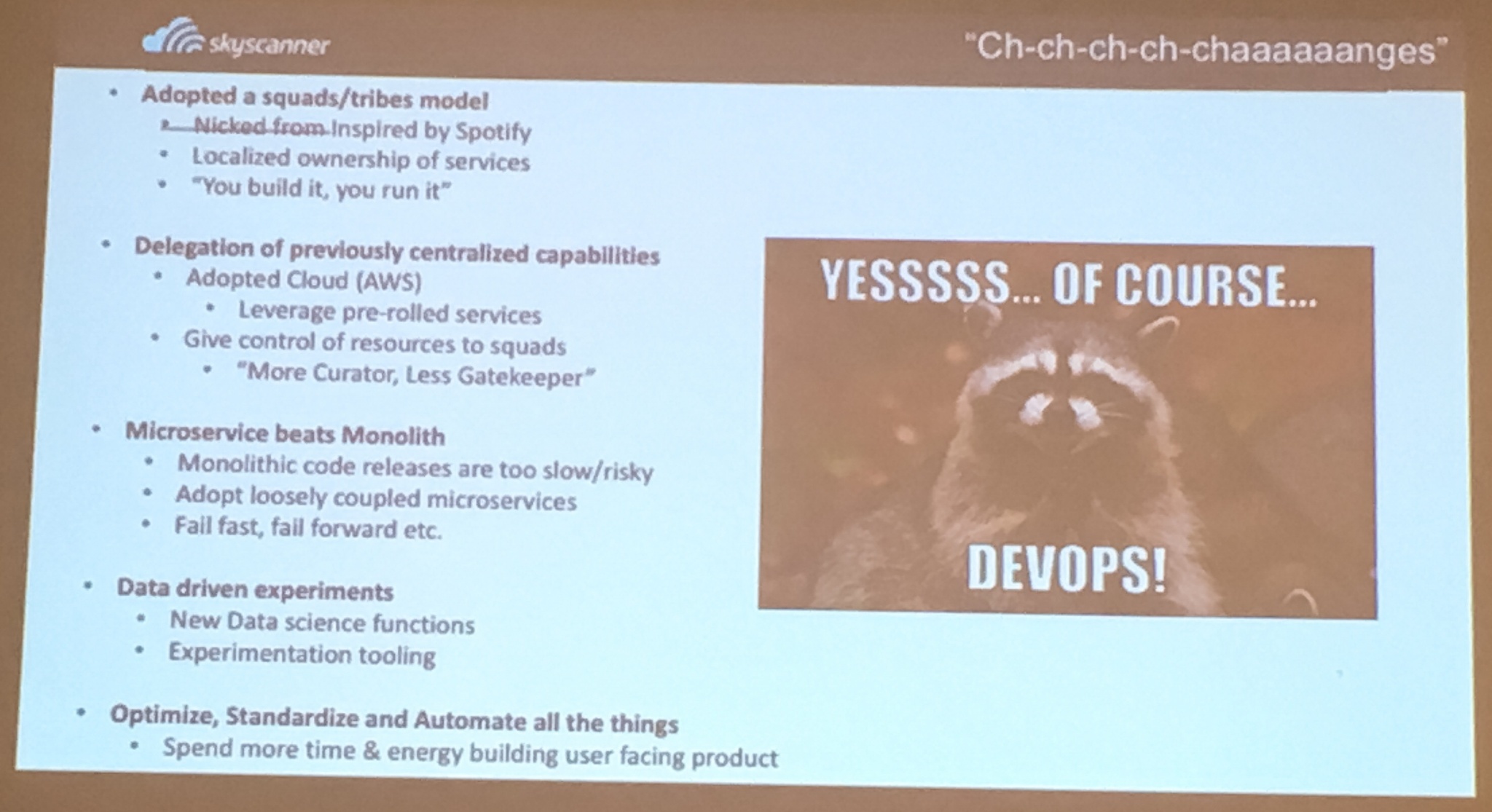 “Some companies have moved away from squads as led to war”

There was some empire building at the start, but we quickly took steps to avoid this, kept tribal leadership, and agressively moved people between squads. Sometimes not always easy due to skillsets.

Trying to find people with thrift skill set. You can’t, part of reason is that consultancies poach those people & pay large salaries. You need skills in house. 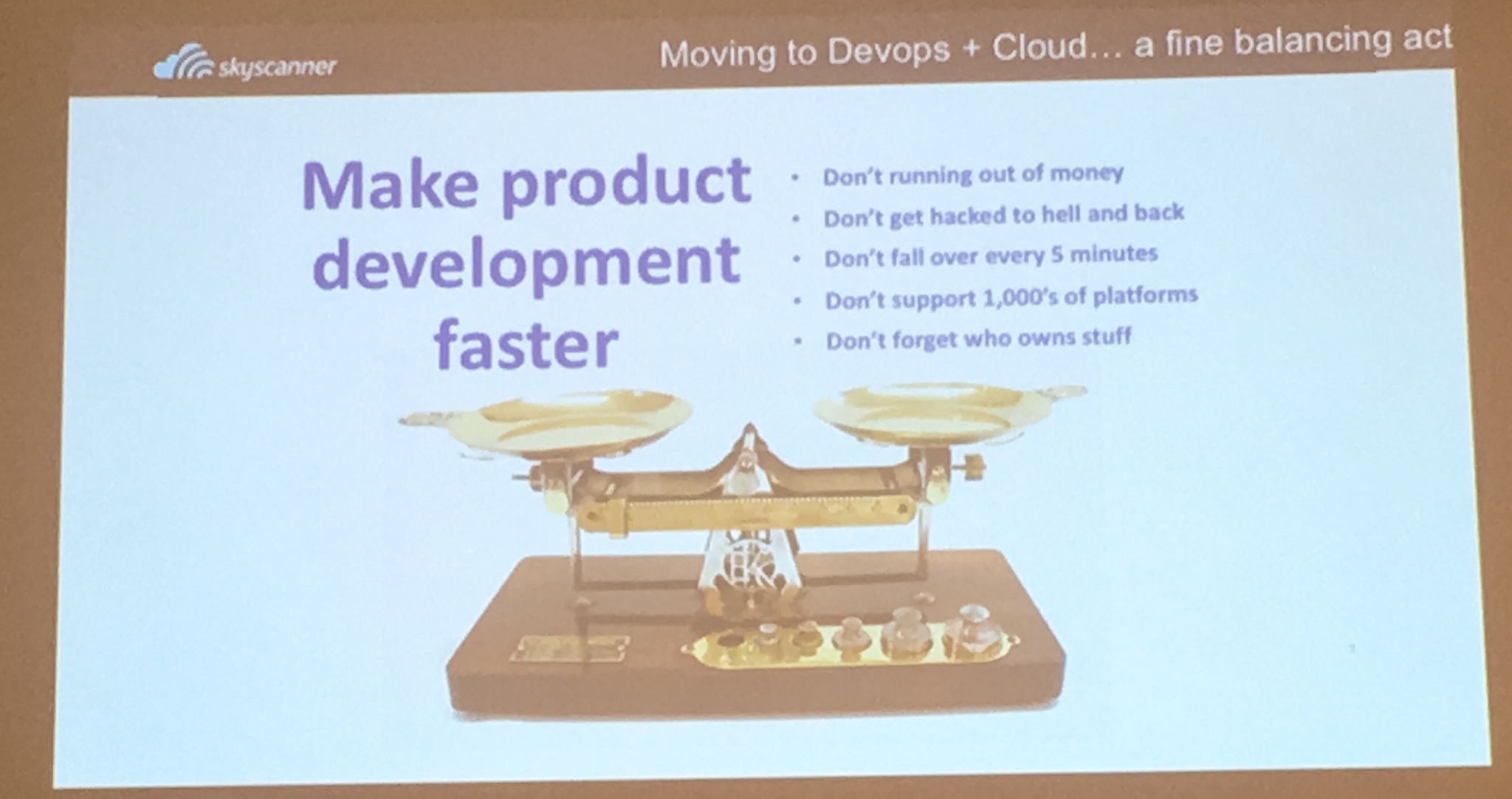 We split development and production into separate AWS accounts

Production = secure by default, only permit the bare minimum to get the job done

Does this actually deliver value?

3 years ago took 6-8 weeks to release a new feature, not viable when require to be competitive